In the initial phase, a high degree of persuasion was required.

Sales start of the first radio remote controls for cranes. Customers were smaller construction companies who immediately recognized the benefits. 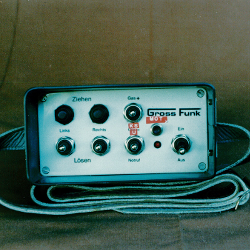 Market launch by a former dealer at the BAUMA in Munich.
Practical experience and suggestions from customers were incorporated into the concept of the K2 radio remote control, development started in 1987.

Opening of the eastern branch in January, southern branch in October, foundation of Gross-Funk Poland GmbH in September. Move to the new production hall in November.

Patent application “Reflektomat“
Development “Frequency automatic” and “Data feedback“
The need for versatile and intelligent controls led to the development of the radio remote control SE889/K2.2 under contribution of the extensive know-how, which we could acquire in 13 years control engineering 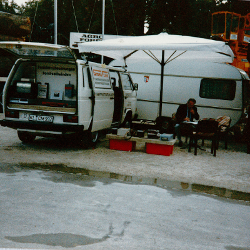 Premiere of Prop-Air at the BAUMA in Munich.
Prop-Air (utility model protected) is the newly developed, universal retrofit system for hydraulic cranes of all kinds.

Foundation of the Gross-France S.A.R.L.
Expansion of the transmitter model series with the devices Handy, Midicon, Pilot and K2 Plus.
The production facility has become too small, more space had to be created.
Inauguration of the extension building.

Development of a completely new control system for locomotives and driverless transport systems. Start of development of the GF2000 series 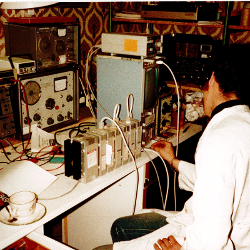 Extension of the transmitter product range by the new transmitter designs of the GF2000 family, ERGO, VARIO.

Birth of the GF2000i V2 and GF2000i S1. With this further development, the GF2000i offspring became complete.
New development of the control MC1 for concrete mixing vehicles. 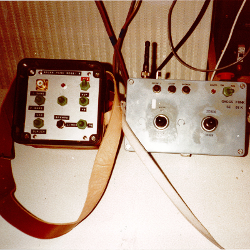 The further development of Midicon to variant 2 resulted in a universal operating device in pocket format, which offers data feedback, display and docking station as new features.

Re-design of the popular ERGO transmitter. The ERGO is now available with a rechargeable battery.

Inauguration of the new warehouse and assembly hall.
Extension of the product range by the transmitter models GF-T14 and GF-T23, as well as the receiver GF-R46.
Gross-Funk currently employs 40 people.
The production capacity averages 50 units per week. 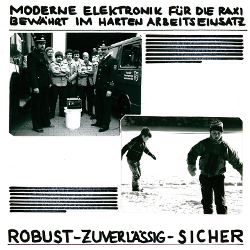